Word Per Minute Test is also refer to as Wpm Test. This is best tool you will come across if
you are aspiring for taking typing tests and improving your typing skills.

Take A Gist of Word Per Minute Test

WPM (word per minute) test is an online typing test to determine the typing test at best of our accuracy. It can be characterized as "The number of words typed within a minute without any error or typing mistakes."

Hence, such a number of correctly typed five-lettered words typed in 60 seconds (a minute) is the typing speed of an individual denoted and determined in terms of "WPM."

Now, as the name suggests, the "WPM Test" is a quick typing speed test online, used to calculate how many words we are capable of typing in a minute. This speed differs from person to person and can be improved upon practicing.

Perks and benefits of the Word Per Minute Test

To excel in a skill, be it typing, stenography, transcription, etc. We need to know our capacities, our strengths, and weaknesses, our productivity.

Here's where the WPM Test or WPM speed test comes into play. It measures our productivity in terms of typing speed; it measures how much time we can express our thoughts into words with utmost accuracy.

Designed for all keyboard layouts

The website word per minute is designed for all kinds of keyboard layouts and there shall be no issues for calculating the WPM speed no matter what keyboard method/layout you use. What we test is for your accuracy and speed.

Besides testing your speed in a boring way, we have also introduced a unique testing method, i.e. by engaging in alphabetical/ worldly games to inculcate user-friendliness. Also, they have included interesting text phrases, fables, proverbs, poems, short stories, etc.

Typing tests are made simple for the beginners, moderate level for the intermediates, and challenging classes for the advanced ones. Accordingly, WPM has been designed to calculate WPM without giving any difficulty level to the user.

Word per minute is free of cost and doesn't charge a penny for testing your skill. Hence, anyone of any age, gender, profession, the level can test themselves anonymously and get the results without login or paying a penny.

You can do online typing practice and improve yourself at as much pace and for as much time as you need. There's no limit to using the platform for any specific period. Word Per Minute provides you with that platform where you can learn and practice at any time of the day and as much as you want.

Word per minute helps users to let you know how the website works, what are the new features added, how to use the platform, and more. You can contact us directly in case of any issues faced. The 24*7 helpline number will be provided on the website itself.

How to calculate Word Per Minute (WPM)?

As stated above, a word is calculated as a conjugate of 5 characters. In this sense, words per minute are calculated by using the following formula -

While the accuracy is calculated as -

Now, suppose while typing 500 words, you made 50 mistakes, the accuracy will come out to be -

Hence, in such a manner,

Hunt and Peck vs. Touch Typing

Hunt and Peck's typing refers to typing by looking at the keyboard, hunting for the character key you wish to press to complete typing, and then pecking (pressing) it.

The Hunt and Peck method are more time-consuming because it forces your attention towards the keyboard to find the characters you wish to type instead of the screen, where you need to look to see your work. Hence, it is less efficient and makes you have less speed and less productivity.

Touch typing is based on the fact that we have muscle memory stored involuntarily in our minds.

It is a skill rather than a method. Continuous practice makes you learn the keyboard keys, and thus, fingers automatically type without looking into the keyboard.

Thus, this method is more efficient, less time-consuming, and makes you more productive by saving your time.

In such a method, the QWERTY keyboard introduction has a considerable role to play. The sequence of the keys is kept in such a way that the sensory-motor functions memorize the keys well.

The right-hand fingers are kept on the keyboard with the index finger on the J key and the little finger on the (;) semicolon key. Thereafter, word per minute is practiced.

Moreover, there are more typing practice options available on the internet where we can learn touch typing for free.

The number pad is located on the right side of a keyboard consisting of 17 keys' keypad having the numbers from 0-9, keys for basic arithmetic operations such as +, -, %, etc., as well as for the secondary key usage.

However, in a laptop, these number keys are on the top of the keypad.

Hence, they need to have a hand in Numpad and numerical typing skills.

On the laptop, the right hand has these controls

While the left hand have these controls

Using the touch-typing method, it becomes easy to improve Word Per Minute on Numpad too. It just needs vigorous typing speed practice. Once you have the training, there's no looking back.

How long does it take to learn typing?

Practicing for less amount but more period proves to be effective than practicing for more amount in less period.

As people say, "little is more" in typing test. Touch typing Practice of 30 minutes daily for 2-3 months will be enough for you to learn typing.

What do 10 Fingers Typing basically Mean?

Typing using all the five fingers of both hands, i.e. With ten fingers without looking at the keyboard, is called ten fingers typing. This is also known as touch typing. This typing uses muscle memory to type. Hence there is no need to look at the keyboard from time to time. Using it saves us a lot amount of time and makes us faster and more productive.

Which Keyboard layout is best for typing?

There is a range of keyboard layouts out there preferred by typists all over, the oldest being QWERTY and recent being Colemak. As their time states, due to advancements in each proceeding generation, it's evident that recent ones would be better than the older ones. However, due to the ancientness and more usage of QWERTY keyboards, they still remain a popular choice in many typing industries. Let's take a gist at some of the best of them.

Being a traditional keyboard, it has gained a lot of popularity over the years. Its layout was designed for touch typing and making ten-finger typing possible. It was created by - Christopher Latham Sholes in the 1870s.

Although, due to a lot of advancements, better options have arrived in the market.

Created by August Dvorak and William Dealey in 1936, it has become the fastest keyboard over the years.

If you are looking for speed in typing, then this keyboard layout is the best for you.

This keyboard is named after its inventor - Shai Coleman, made in 2006.

This keyboard is more efficient as compared to any other keyboard.

Hence, to conclude, if you are looking for speed,

go for DVORAK one, while if you want efficiency, go for colemak one.

What is CPM, and how is it different from WPM?

For example, 'five kites' has - 10 characters and two words.

Can Use a Mechanical keyboard to increase my typing speed?

Mechanical keyboard has definitely some upper hand over the digital one, this is because of the following reasons-

Thus, these points conclude that having a mechanical keyboard improves your typing speed.

Should I put WPM on my resume?

It depends more on the type of job you are looking for, such as typing jobs like - clerical, accountancy, content writing, stenography, typewriting, etc.

It is not much necessary in other jobs where you don't require much typing knowledge.

However, writing Typing speed on your resume will only add a number to your skill, which is another way excellent and impressive. 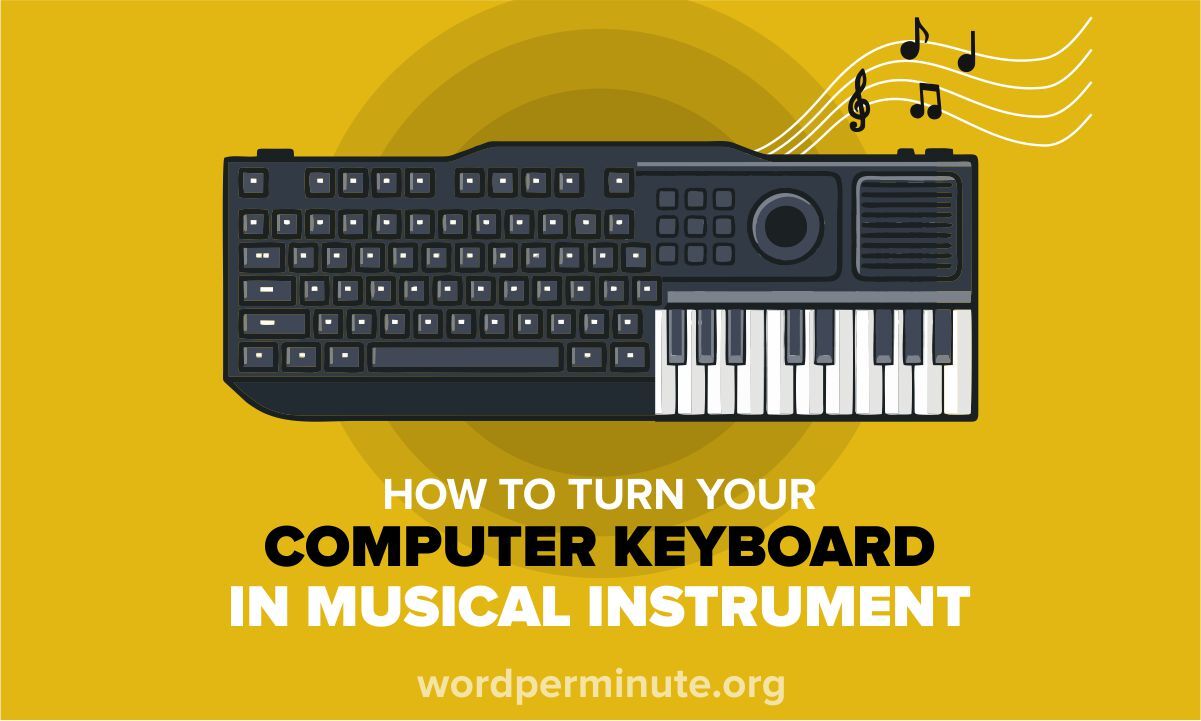 How To Turn Your Computer Keyboard into A Music Instrument?

Music has become an inseparable part of everyone’s life, whether be it a sad moment or happy, music will always be there. We have to admit that we’re born with the desire to engage with music, it may be composing, playing, or listening to it. Now, with your computer, you can be able to play chords, create music, and much more. learn more 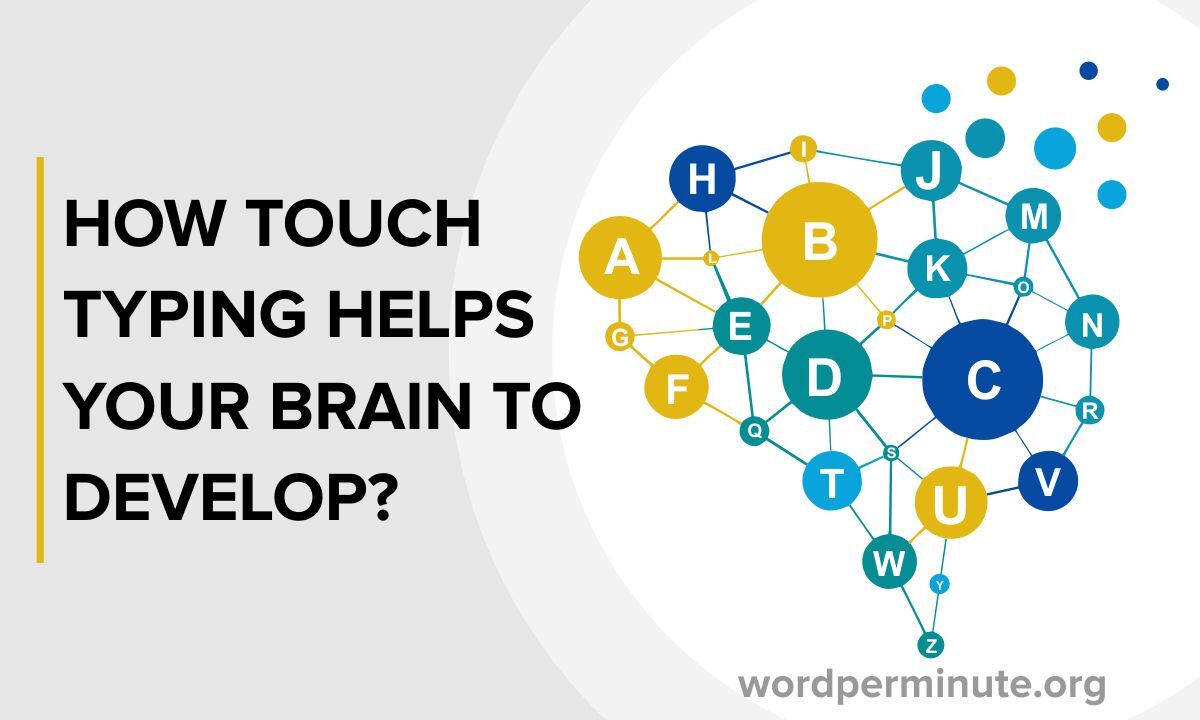 How Touch Typing Helps Your Brain to Develop?

With the growing technological age, we are in continuous contact with either cell phones, laptops, or other computerized devices almost all the time. Therefore, most of the time is lost in consuming digitized writings. Reading articles on the internet, creating them has become a habit for all of us. When it comes to creating learn more 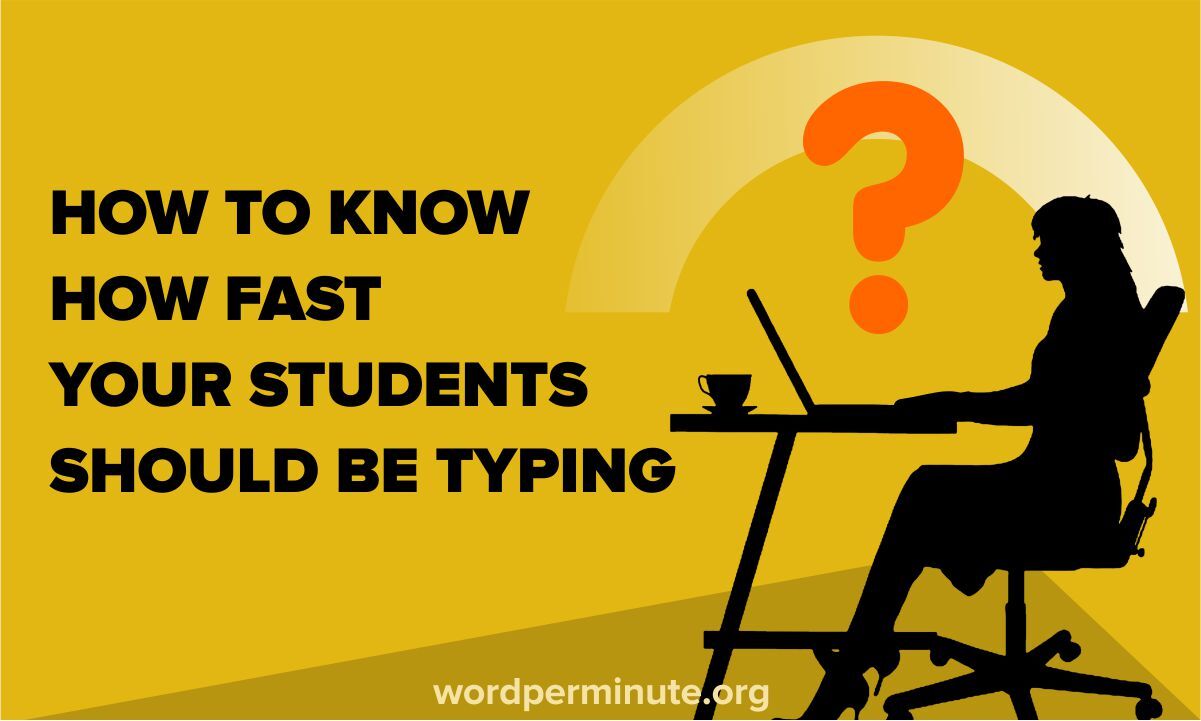 How to Know How Fast Your Students Should Be Typing

Typing is one of the basic skills needed in the technical world for numerous purposes, just name it and you can type it. But even in this era of science and technology, students consider typing as more complicated and challenging than writing which isss due to the lack of guidance and awareness of the needs of typing. learn more

As an experienced typist, I would say that word per minute website is best for beginners looking to enhance their typing skills. I tried all tests and loved its touch typing learning module.

Some keys of My keyboard were not working on this website. There was no issue with my keyboard, but it was a bug in a website. I contacted the WPM team and reported the bug. They appreciated the feedback and solved the bug within 24 hours.

Amazing! The learning module is very straightforward and well structured. I was a beginner and learned to touch type in just a month.

I would highly recommend using word per minute to learn typing. I improved my typing skills and confidence. I managed to crack the typing test and scored 95 wpm speed. It was well enough for my desired job.

I really appreciate word per minute for their services. My son completed typing course provided by tutors. The lessons were easy to understand and fun while experimenting.

Typing is not a tedious task until you practice with words per minute website.